Generation Zero’s story begins in Mexico at the end of 2010, with a group of young New Zealanders attending the international climate negotiations in Cancun. Filled with hope and under the belief that governments would rise to the challenge of climate change. The solutions to fix the problems were available and many leaders were acutely aware of the scale of the issue so they thought the governments of the world would make a binding agreement to reduce greenhouse gas emissions and prevent runaway climate change.

That belief was shattered when these negotiations, like those before them, failed to reach a meaningful agreement. The mandate for change simply did not exist. Despite the need to act in order to secure a stable future for young and future generations, there was no political consequence for inaction and plenty of pressure from special interests to maintain the status quo.

But, there was more to Cancun than a convergence of hamstrung political leaders. Leaders of a different kind were rallying as well, bound only by their future and hope for their own children. And so the New Zealand youth delegation began to see the role they could play in all this. 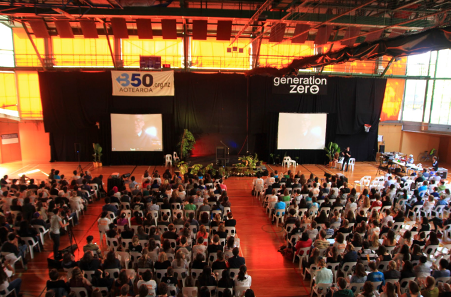 Climate change is the challenge of our generation, and young people are the inheritors of humanity’s response to climate change. The New Zealand youth delegation saw that there was a crucial role for young people to play in creating the solutions that would define their future. And they realised that they were in a position to bring young people from around New Zealand together to do this.

They worked out whether the UN could come to a consensus or not, it's imperative that we all act from where we are, where we know the politics, the economy, the community. They knew the importance of the New Zealand stance to the world and they had seen how Kiwis were looked to by other countries for forward-thinking. They saw that the symbolic power of New Zealand leadership could have a global influence. 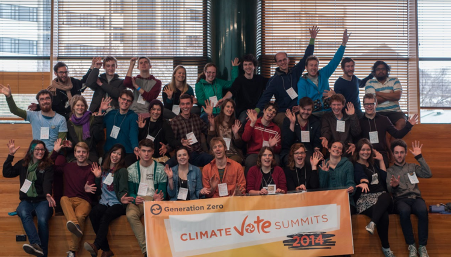 And so home they came from Mexico, and started Generation Zero, to be the voice of those who will inherit the future, and to use that voice to demand action on climate change.  Working at both the local and national level’s, Generation Zero’s movement began to build … 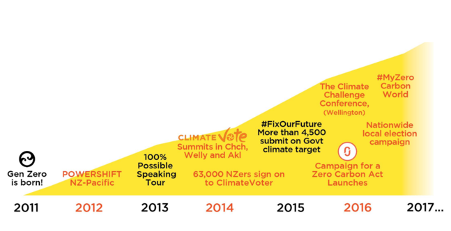 Four years ago, a small group of young people from Generation Zero discussed campaigning for a climate law like the UK to create a legally binding framework that would meaningfully reduce our emissions. A law that would compel our leaders to implement a clear plan to create a just, safe, and thriving zero-carbon Aotearoa. To get Aotearoa New Zealand on the right track, we needed to form a consensus around the need to act on climate change. The goal of the campaign was therefore two-fold. Firstly, we wanted an ambitious new climate law that would establish a clear pathway toward a zero-carbon economy. Secondly, we wanted cross-party support for the new law. It would be our biggest campaign to date. 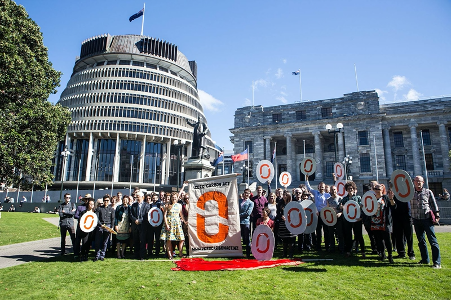 We quickly got to work. Our team consulted with farmers and academics, researched climate policies, discussed our findings, and developed a Zero Carbon Act blueprint. More than an idea, we developed a body of research that informed our drafting instructions. Our graphs and diagrams even made it into official reports. Around the country, we hosted community events, got endorsements from youth parties and businesses, and talked to elected representatives.

Hundreds of volunteers around the country undertook this campaign alongside work and studies because we believe that our country can power our lives with renewable energy and that New Zealanders can adapt to the impacts of climate change that we are increasingly seeing. We were heartened when some political parties picked up our blueprint and campaigned it on for the 2017 election. 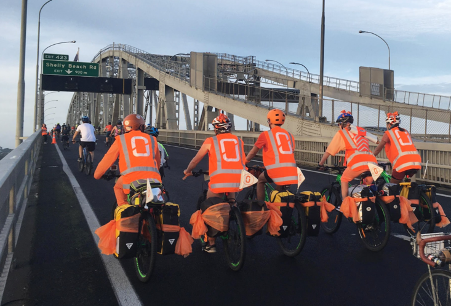 We partnered early on with other organisations including WWF New Zealand, Oxfam New Zealand, and Forest & Bird, to build momentum for the Act. Together, our organisations collected over 10,000 signatures in the first 18 months of the campaign, which we presented to MPs before the second reading of the Bill.

Building upon the momentum of the climate strikes, we also teamed up with School Strike 4 Climate on our campaign tactic -‘Elbow your Elders’. We encouraged rangatahi all throughout Aotearoa to ‘elbow’ their elders or urge their older family members to directly lobby MPs by being their advocate. This campaign’s premise was to get the students talking about their concerns about the planet and the need for action to provide a hopeful future for their grandchildren. People from different generations came together with their common values to demand that leaders act on climate change. This display of intergenerational unity continued with the 3rd climate strike on 27 September 2019 especially among our indigenous rangatahi through groups such as Pacific Climate Warriors and Te Ara Whatu.

The private sector plays a big role in catalysing change and holds a lot of power in urging MPs to act. It was integral that businesses take part in the climate action conversation because if they are part of the problem, they must be part of the solution. We created an open letter to get businesses, influential leaders, and community organisations to collectively show solidarity behind the Zero Carbon Bill.  Before the third reading of the Zero Carbon Bill, we drafted another open letter calling for cross-party support. Within a week we were able to get over 215 businesses, organisations and influential individuals to sign this. A clear demand from businesses was that they wanted certainty and clarity in adjusting to a zero-carbon future which our act provided. 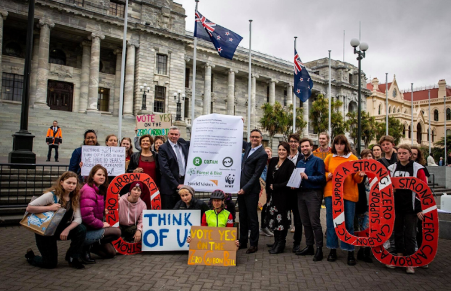 One of the biggest successes of our campaign was seeing thousands of people from all backgrounds engaged in the political process in a meaningful way. Our Zero Carbon Act team led the Adopt an MP tactic which saw people around the country meeting with their elected representatives. Generation Zero developed submission guides to make submitting on the Zero Carbon Bill easier. The consultations, run by the Ministry for the Environment and Select Committee, attracted over 10,000 submissions each. The growing public pressure saw the national conversation switch from “should we act on climate change” to “how do we act on climate change”.

On the 14th of November 2019, Parliament passed the Zero Carbon Act with near-unanimous support. It was a moment of pure joy when it was announced National would support the Bill. The Zero Carbon Bill as enacted falls short of the ambition we initially called for. But it is a good step forward. Now we need to implement an ambitious plan to ensure a just transition for all New Zealanders. 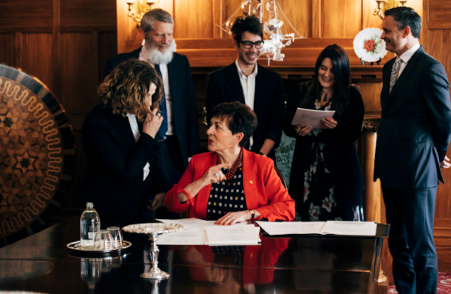